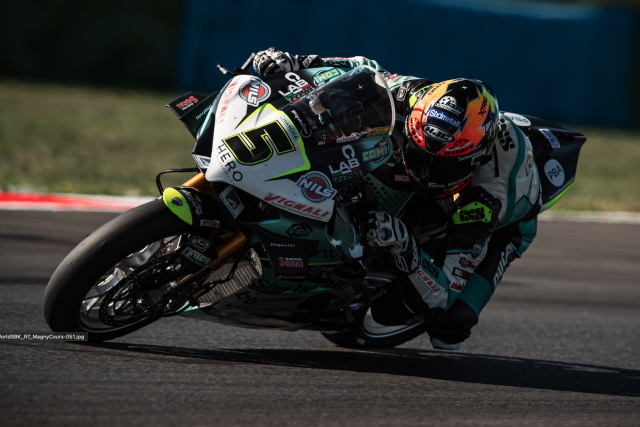 A bittersweet Sunday for the Go Eleven team, in which Philipp Oettl finished both races fighting for the Top Ten, only to finish them just outside. Unfortunately, the pace shown today, especially in Race 2, was not enough to reach the goal, due to an anomalous loss of pressure on the front, which suffered especially at the end.

In the warm-up, the German rider tried a new tyre configuration, also considering the thirteen degrees in the air, to be potentially used in the Superpole Race. The feeling was not good, he was never able to do a lap completely alone, but in any case he then opted to put aside the configuration he tested in the morning.

Warm Up:
P 1   T. Razgatlioglu   1.36.226
P 2   M. Rinaldi   + 0.811
P 3   A. Lowes   + 0.822
…
P 17   P. Oettl   + 2.211
In Superpole Race Philipp suffered a contact in Turn 2 with Xavi Vierge, losing the right line and five positions. From then on he started to comeback, constantly riding faster than the group fighting for the Top 8. After some excellent overtakes on Laverty and Mahias, he closes the gap further, overtakes Van Der Mark, but fails to enter the fight for the points. Unfortunately it remains an excellent race in terms of speed, but both for an unlucky first lap and for some time lost in the battle, the German rider couldn’t hit the target. In any case, race 2 grid unchanged for him.

In Race 2 the weather conditions were very different from Saturday; bright sun, asphalt at about 37 degrees, almost ten more than in the first race. Team Go Eleven opts for a soft choice on the front, resulting the only ones on the grid in this configuration. The start is once again complicated, then at the Adelaide hairpin remains outside, losing many positions and passing seventeenth across the finish line. Once again he puts his head down and in two laps three riders comeback, and sets off in pursuit of Mahias and Vierge. Towards the middle of the race he conquers the eleventh position, trying to recover tenth out of tenth on Lecuona, who was close to Gerloff, Baz and Locatelli. Unfortunately, towards the end of the race, there is little feeling with the front and Philipp can only defend himself by taking home important points. When the bike returned to the pits, the technicians found that there was an anomalous loss of pressure at the front, which became even more evident in the final laps, when the German rider required more support.

A positive weekend overall, with a Top Ten obtained in race 1 and two good performances in Sunday’s races. Unfortunately small technical problem precluded the possibility of a further comeback in Race 2, but also on French soil, Philipp showed that he can keep up with the important positions. Now WorldSBK moves to Barcelona, Montmelò circuit, on which Philipp was able to test during the winter; September 23-25, Round 08!

Philipp Oettl (Rider): “Today it was a little bit hotter compared to yesterday, we tried to ride with the same tyres of Race 1. We struggled a little bit in the Warm Up, cause we use a different tyre configuration, in order to use it in the Superpole Race, but the feeling was not good, so we kept yesterday choice. Overall we had a good weekend, we worked really well in Superpole and Race 1, then in Race 2 we had a small problem due to a lost of pressure in the front tyre, but we had a solid race anyway. We took a lot of infos about the new front and rear, which I think it’s important for the next races. Barcelona will be a difficult weekend; it’s a very challenging track due to a lack of grip. After the summer break we did a good job, we worked a lot together with the team and that’s important to try to make the next step to the front group. It was one of the most stable weekend, speaking about performances. The P 8 of yesterday was a strong motivation looking forward to Round 08!”

Denis Sacchetti (Team Manager): “Today was a day where we collected a little less than we hoped for, despite completing two good races. Unfortunately we suffered a problem on the front, the tyre has lost pressure and we do not know the cause yet, we are analyzing it, but this certainly negatively influenced Philipp’s race, especially in the final where he would have needed even more support with the soft choice. This is why Oettl did well to take the race home without being able to close on the group he had in front of him. All in all it was a positive day though, and up to the middle of the race Philipp was faster than yesterday, so we improved our package!” 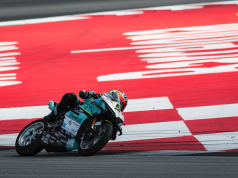 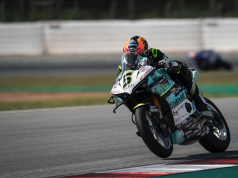 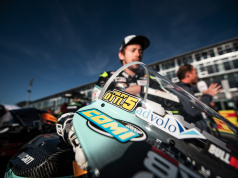 WSBK/WSS: A few tough first laps and a little problem in the front tyre...