After saturday’s very sad day, the promoter, in agreement with the riders following a delicate meeting, opted to continue the Jerez Round, scheduling two normal races of 20 laps each, one at 11.00, the other at 14.00. The best way to honor Dean was to get back on track, give it all and dedicate the day on the Andalusian circuit to him.

Loris Baz started very strong from the Warm Up, where the Ducati V4-RS was tested with full tank, in race configuration. We must not be fooled by the final position, the twelfth, because the French rider set the best time on the last lap, only six tenths behind the first. A great last session before the races!

In Race 1 the asphalt temperature is still quite cool, just under 30 degrees. The choice of tyre falls on the SC0, a harder compound but suitable for not too hot asphalt conditions. Loris got off to a bad start, losing five positions in the first lap, but then set his pace and recovered with many overtakes. Lowes, Haslam and Bassani are overtaken within the middle of the race, Van Der Mark, on the other hand, engages the battle of the final laps, then won by the French Go Eleven rider. In the final laps the pace of number 11 was really good, so much so that he recovered tenths on fifth position. There was no chance of attacking Bautista, but Loris finished his 2021 WorldSBK debut race in sixth position. Best Independent Team, less than ten seconds behind the winner! An incredible performance, the result of speed, determination and talent, considering that he jumped on the bike on Friday morning for the first time ever!

For Race 2 the temperatures rise considerably, forcing most of the riders on the grid to go on the rear 557. For Baz it was the first time in the race with this solution, which only entered the scene in 2021 during the Misano Round. The French rider starts quite well, defending himself in the first corners. Having no experience with this type of softer compound, he tries to save the tyres to have even more grip on the last laps than his opponents. After half the race he sets off in pursuit of Van Der Mark, but the two were on the same times, constantly recovering a few tenths on the group fighting for the podium. At the end he gets closer to the Dutchman of the BMW, but has no room to attack. He concludes another excellent performance about twelve seconds from the lead, despite completely different asphalt conditions.

A really solid weekend for Loris, with excellent performances and a smile always on his face. Difficult to think of similar results before the Round, but Baz was able to face the event with the right spirit, without putting too much pressure and just trying to have fun. And we’re sure he enjoyed it!

Now WorldSBK moves to Portimao, a spectacular circuit in the hills of the Algarve, where Loris Baz will once again defend the colors of Go Eleven, awaiting the return of Chaz Davies.

TODAY WE RACED FOR YOU, DEAN!

Loris Baz (Rider):
“It was a strange day, after what happened yesterday. It was not easy to try to focus in Race 1, having a minute of silence just before it. We were just racing for him, so the only thing is to try to have fun doing what we love and I came for this, I came here to have fun. I had a lot of fun all the weekend, so I just have to thank Ducati and Go Eleven, because they just gave me one of the best weekend of the year, in term of fun I had on the bike. Race 1 was strong, I had a really bad start, but then I had a strong pace and I managed to come back and fight for Top Independent; it was a big surprise, but I enjoyed a lot. I think this morning we didn’t have the right tyre choice, but now, after Race 2, I am not so sure about it. In race 2 it was a bit harder, much warmer, it was the first time I rode the bike with Pirelli tyre in these conditions. I tried to save the tyre from lap one, but I think it was not really useful. In the last lap I tried to make a move on Michael Van Der Mark, but I didn’t find the possibility. I am happy, we are just ten seconds away from the leading in Race 1 and twelve in Race 2, that’s pretty amazing. I try to use this weekend looking forward to Portimao, a track that I like even more than Jerez, so we will try again there!”

Denis Sacchetti (Team Manager):
“Enzo Ferrari used to say:” either we run or we cry “… unfortunately it is always a current quote, but perhaps we must also stop for a moment to understand what we can do to reduce the risk. Lately, fatal accidents are all similar, and I think that some aspects need to be questioned. I send a strong hug to the Vinales family, offering my sincere condolences. On the sporting side, Loris here in Jerez has done much more than you could have imagined, he had a perfect weekend. Considering that in the last year he has only ridden with Dunlop tyres, which have very different characteristics compared to Pirelli’s and therefore require an equally different riding style, he has practically used this first weekend to re-learn the tyres. So, looking at the final result, we can just say….wow! He worked well, methodically, and was fast both in qualifying and in the race. I am very satisfied, and I think he has shown that he deserves a competitive bike in the World Championship. “ 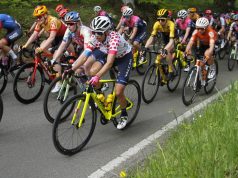 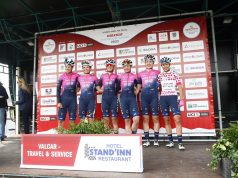 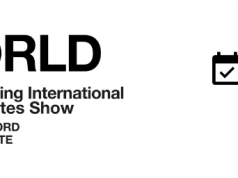 Valcar – Travel&Service, Olivia Baril fifth in the last stage of the Elsy Jacobs...

Valcar – Travel & Service, Silvia Persico is the new leader at the Ceratizit...