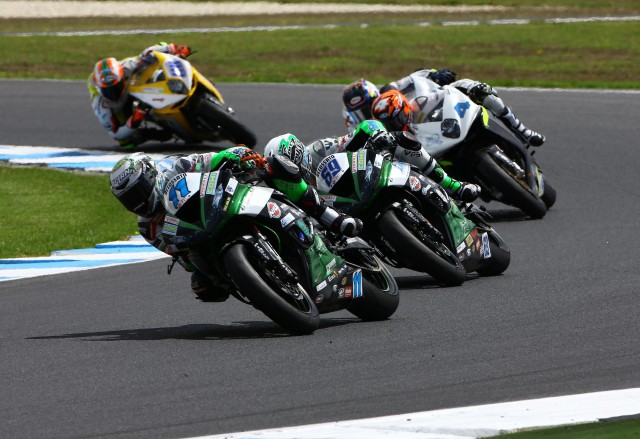 The Go Eleven team was among the great protagonists of the race of openings of the world Superbike and Supersport Championship 2016, just ended on beautiful circuit of Phillip Island (Australia). The track, caressed by the Pacific Ocean, has framed a weekend spectacular for the guest of COMI, from the Superpole of the Supersport class, that has seen our Gamarino finish at first place the Superpole 1 and then conclude 7th the Superpole 2.Gamarino, started from the 3rd row has fighted with the first group for the whole race, disputed victory for the first 8 riders, Gama with aggression and determination has taken a 4th place, just 2.9 seconds behind the winner, very close to podium. Congratulations also at the new signing, Ondrej Jezek, in his first race in the World Supersport and just back from a big crash in testing, gritted his teeth, putting aside the pain and by obtaining an 8th place on his debut. With this result has expressly stated … i am here! New format for the superbike that for the first time ever rode a race on Saturday and one on Sunday, format appreciated by riders and by the fans in the circuit. Our Roman Ramos, surprised everyone, consistent and competitive since the tests, has inserted his ninja between the official bikes, concluding race 1 with a really small gap, never so close to the winner, and only 172 milliseconds from the top 10, lost in a sprint finish on the British champion (BSB), Brookes.. The second race saw Ramos fighting with two great names in motogp, Abraham and De Angelis, overtaking tightrope and braking over the limit are continuously repeated throughout the race, exchanging more than 20 overtakings, and only the chess flag, in the final sprint, determines Roman in front the official Aprilia team. Joda racing and Alex De Angelis come from MotoGP, and win this duel for Go Eleven has a great sporting value!

Roman Ramos 40 (WSBK race 1; 11th): “I’m happy for the work done this weekend, the team has worked very hard, we did not done pre-season testing and for being the first race I think we can aspire to a great season with this bike. On the final I felt a little bit down the rubber, I have chosen the soft and all the other riders the hard, and i failed to win the sprint with Brookes.

Roman Ramos 40 (WSBK race 2; 12th): “We got confirmation that the bike has improved a lot compared to 2015, I had fun battling with Abraham and De Angelis but this made us lose ground on the first. I’m pleased with these results, we are faster than last year, both I and the bike we have improved on all aspects. Thanks to my team who always makes the maximum!”

Christian Gamarino 11 (WSS; 4th): “I enjoyed very much today, a very close race and difficult, which forced several times to recover the leading group. 4th place is good both for me and for the team. Now we must continue to work to be able to get on that podium today has escaped us for very little.”
Ondrej Jezek 69 (WSS; 8th): “I am really happy with today’s race. After Tuesday’s huge crash I didn’t know if I could race in full condition. Friday was not good for me as I finished 17th. On Saturday it went much better and I missed the second superpole just for a few hundreds of second as I finished 14th. My start to the race went perfect and I was immediately in the top 10. I was riding in the first group until 12th lap when the rain started. In that moment I was behind Terol which slowed down a lot so the riders in front of us went forward. In the last laps I made a gap to the others with Roberto Rolfo and I kept the 8th position. I would like to thank to all my team which worked very well during the whole week. Now we’ll take a small rest and let’s go to Thailand for the second race.”
Denis Sacchetti (Team Manager): “Every year, when you start a new season, anxiety, enthusiasm, doubts, curiosity, are the emotions who master the “people of the paddock”, and also this year are not missed, but Go Eleven comes home with a booty of satisfaction and adrenaline for the next races. Our new sbk 2016 has proved to be more competitive, more powerful, fast and easy to handle and with more grip than the 2015, you can also braking more stronger! This pays for the winter teamwork, means that we have improved on all aspects on which we have worked, and this for a private team is a very interesting figure. In Supersport the change of regulations found us ready, the results show that we were able to best interpret the new technical regulation, and we are even more competitive. Roman could not do better, we thank him for having achieved the maximum possible result today, Jezek has confirmed the great rider who he is, and Gamarino has demonstrated its determination and desire to win, conquering a very important result. Thanks to everybody” 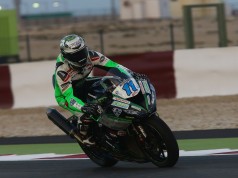 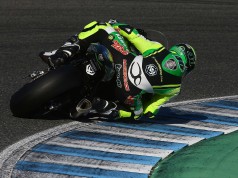 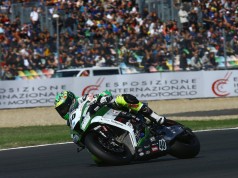